APPOINTMENT OF STEVE MARCOUX AS DIRECTOR OF THE MUSIC DIVISION AT AVALANCHE PROD. 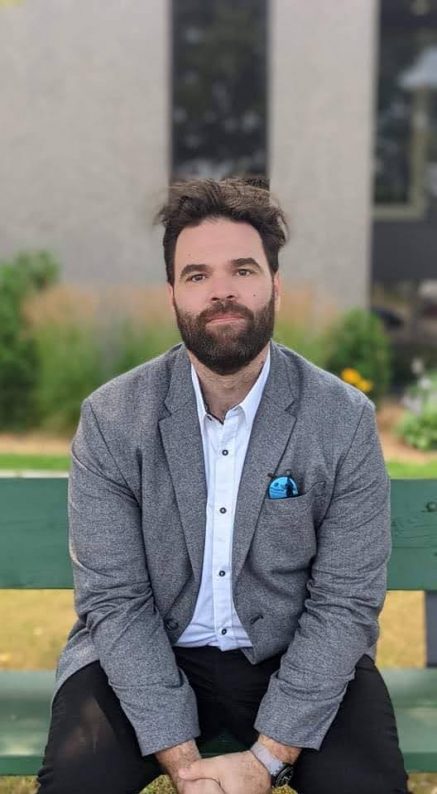 PRESS RELEASE – APPOINTMENT OF STEVE MARCOUX AS DIRECTOR OF THE MUSIC DIVISION AT AVALANCHE PROD.

The Montreal based event production company Avalanche Prod is proud to announce the appointment of Steve Marcoux as Director of the music division. Mr. Marcoux will have the opportunity to pave the way for this brand new strategic role within the Avalanche Prod group and as such, will oversee the teams responsible for the production of the flagship events M for Montreal and Mundial Montreal.

“In his new role, Steve will provide tremendous support to the team in the strategic deployment of local, national and international activities for M for Montreal and Mundial Montreal. He will also expand our collaborations in the programming of other events, including the SANTA TERESA Festival. His arrival marks a major turning point in the evolution of the group and I could hardly imagine a better candidate than Steve to achieve this goal. I am very happy that he has accepted to jump right into the adventure!”

With a background in research and cultural animation, flirting with theater and improvisation for nearly 20 years, Steve Marcoux has specialized in artistic direction and project management for nearly 15 years. He is behind the revitalization of the Festival Coup de coeur francophone for which he was responsible for programming and coordination of the pan-Canadian network from 2010 to 2016. For the past 5 years, he had joined the ranks of [co]motion in Laval to ensure the artistic programming (over 400 events per year) and the realization of special events. His creative spirit and his thirst for culture led him to create the LVL UP festival, a digital lab and music festival, which aims to magnify and increase awareness of hip-hop culture and digital art, as well as Village Laval, a summer event that brings everyone in the community together.

“I am proud to join the Avalanche Prod team for this position. The M for Montreal and Mundial Montreal events are key events in the image of Montreal both here and internationally.  It is a great pleasure to join these projects with the team of passionate people in place and to bring my skills to this new chapter that is coming.”

M for Montreal is a showcase festival and conference founded in 2006 by Sébastien Nasra (Avalanche Prod/ Mundial Montreal / HUB Montreal) in collaboration with legendary English programmer Martin Elbourne (Glastonbury / The Great Escape / NH7 / WOMAD in collaboration with Peter Gabriel). It is recognized as the most important initiative in Quebec for the export of independent music. Both through its major November event and its recurring satellite programming in the world’s major music markets – The Great Escape (UK), Reeperbahn (DE) and SXSW (US) – M for Montreal’s mission is to generate real business and career development opportunities for the showcasing artists as well as for the local, national and international industry professionals who take part.

Founded in 1994 by Sébastien Nasra, its owner and CEO, Avalanche Prod made its first steps in the music industry specializing in artist management and music publishing along with building a record label and show production company for nearly 2 decades. Avalanche oversaw the local, national and international careers of Canadian artists such as The Soul Attorneys, Jorane, Les Respectables, Elisapie, Plaster, Beast and many others. In 2006, with the creation of M for Montreal, the company began a long shift towards events, producing Mundial Montreal (as of 2011) and HUB Montreal (as of 2017), in addition to accompanying various clients and partners for various events, both local (notably M on the Quays of the Old Port of Montreal 2008-2010 and the OUMF Festival in the Quartier Latin from 2012-2019) and international (notably Planète Québec at SXSW 2010-2012, Quebec in Hollywood 2013, and several annual recurring appearances in the world’s largest cultural events-marketplaces). Over 3 decades Avalanche Prod has developed an impressive network of contacts globally and a sought-after expertise in organizing B2B activities facilitating the export of content from the cultural and creative industries.

THANK YOU TO OUR PARTNERS